Chimney Sweeping Stanmer
We sweep – We clean – We leave

Stanmer Chimney sweep Mark Styles is insured against any liability of chimney sweeping work and covers the Stanmer area.

Stanmer is a small village on the eastern outskirts of Brighton, in East Sussex, England. 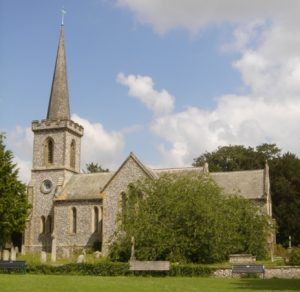 Stanmer parish church, Stanmer Park, City of Brighton and Hove, seen from the south
The Voice of Hassocks, Public domain, via Wikimedia Commons


The etymological root of the name is “Stony Mere”, Old English for “stone pond”, referring to the sarsen stones around Stanmer village pond. The stones are not in their original situation, but have been gathered from the Downs and landscaped into the park’s appearance. There have been rather inconclusive archaeological excavations at Pudding Bag Wood and Rocky Clump in the north of the park, and in Stanmer Great Wood, producing evidence of occupation from Neolithic times onwards.

The village is first recorded in about 765 A.D. when (if the document is authentic) land there was granted by king Ealdwulf of Sussex to Hunlaf in order that he might found a college of secular canons at South Malling near Lewes. In the Middle Ages it had the curious distinction of forming a detached part of the Rape of Pevensey, which is otherwise east of the Ouse.


It was for long a closed village ruled by the resident lords of Stanmer, with a population static at just over 100. From the eighteenth century onwards the lords were the Pelham family who received the title Earl of Chichester in 1801 in addition to the Baron Pelham of Stanmer they had had since from 1762. They lived in the mansion called Stanmer House, built in its present Palladian form in 1722, a Grade I listed building. It stands at the centre of Stanmer Park, landscaped by Humphry Repton, which was awarded Grade II “park of special historic interest” status by English Heritage in 1983. In the eastern portion of the park was built, from 1960 onwards, the University of Sussex.

Stanmer Church, with a narrow spire unusual in Sussex downland, is adjacent to the pond and to Stanmer House. Its historic dedication is unknown. It was built in 1838 on the site of a 14th-century predecessor destroyed by fire.

Stanmer has a working farm at its centre. Near the church is an unusual survival, a donkey wheel, i.e. a treadmill formerly operated by a donkey. There are 18th-century lodge-houses at the upper and lower ends of the park. The village also possesses former almshouses in the Chichester name, built around 1900.

The Stanmer Preservation Society has been responsible, over the years, for the maintenance and upkeep of many of the agricultural artifacts which were discovered and excavated in the Stanmer Park locality. Included in with some of these include those from Rocky Clump, first discovered by Walter Gorton and Charlie Yeates in the 1950s. It also now maintains the church, Rural Museum and Donkey Wheel.