Chimney Sweeping Hassocks
We sweep – We clean – We leave

Our local, family-run, Hassocks chimney sweeping business is insured to sweep open fires and multi-fuel stoves (gas, coal or oil). We are a professional and friendly company and offer:

Clean and sweep, your local Hassocks chimney sweep, will make sure that the job will be professionaly done to your expectation.

Hassocks chimney sweep Mark Styles is insured against any liability of chimney sweeping work and covers the Hassocks area.

Hassocks is a large village and civil parish in the Mid Sussex District of West Sussex, England. Its name is believed to derive from the tufts of grass found in the surrounding fields.

Located approximately 7 miles (11 km) north of Brighton, with a population of 8,319, the area now occupied by Hassocks was just a collection of small houses and a coaching house until the 19th century, when work started on the London to Brighton railway. Hassocks until 2000 was just a postal district and prior to that the name of the railway station. The Parishes were named Clayton and Keymer and it is believed that when the railway came in 1841 the Parish Councils were given the opportunity of naming the station.

However they could not agree and eventually the directors of the London, Brighton & South Coast Railway gave up waiting and named the station Hassocks Gate themselves.

Hassocks viewed from the South Downs. 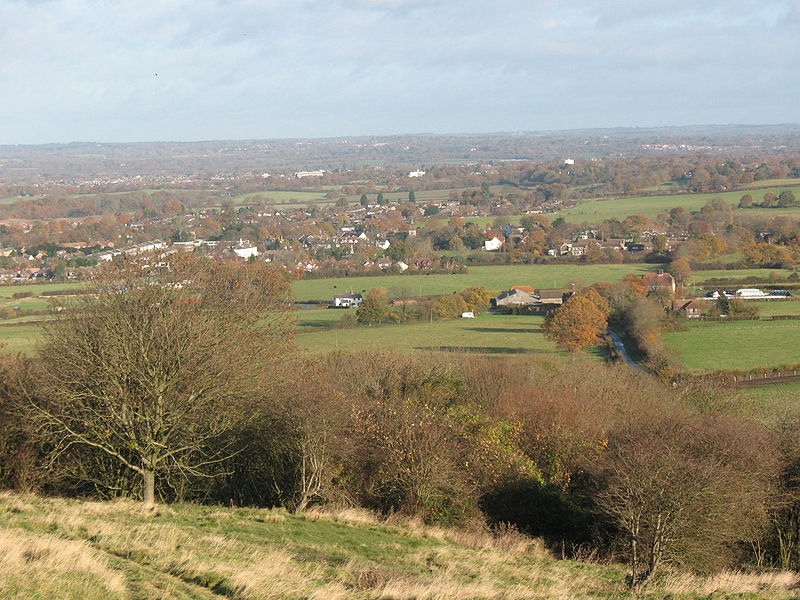 Hassocks has a mixture of shops. The village also benefits from having a well-used community centre called Adastra Hall which is used for a wide range of community and private events.

The former council buildings housing the road maintenance department on London Road have been demolished and have become a number of homes, whilst the land given to the people of Hassocks (via East Sussex County Council) by a benefactor, previously used by a children’s charity, was built upon in 2014/15 the charity having claimed ownership.

Two miles west of Hassocks in the adjoining village of Hurstpierpoint lies Danny House, an Elizabethan manor where David Lloyd George came to draw up terms for the armistice at the end of World War I.

On the downs above Hassocks there are two windmills, named Clayton Windmills but known locally as “Jack and Jill”. Jack is a tower mill and was built in 1866. Jill, a post mill, was built in Dyke Road in Brighton in 1821 and was later moved to Clayton in 1852 by a team of oxen. The working life of the mills ended in about 1906, and Jack is now in private ownership; Jill was restored in 1986 and is open to the public. To the North East of the village can be found Oldland Mill.