Chimney Sweeping Seaford
We sweep – We clean – We leave

Our family-run Seaford Chimney Sweep business is insured to sweep open fires and multi-fuel stoves (gas, coal or oil). We are a professional and friendly company and offer:

Clean and sweep, your Seaford chimney sweep, will make sure that the job will be professionaly done to your expectation.

In the Middle Ages, Seaford was one of the main ports serving Southern England, but the town’s fortunes declined due to coastal sedimentation silting up its harbour and persistent raids by French pirates. The coastal confederation of Cinque Ports in the mediaeval period consisted of forty-two towns and villages; Seaford was included under the “Limb” of Hastings. Between 1350 and 1550, the French burned down the town several times. In the 16th century, the people of Seaford were known as the “cormorants” or “shags” because of their enthusiasm for looting ships wrecked in the bay. Local legend has it that Seaford residents would, on occasion, cause ships to run aground by placing fake harbour lights on the cliffs.

Seaford’s fortunes revived in the 19th century with the arrival of the railway connecting the town to Lewes and London. It became a small seaside resort town, and more recently a dormitory town for the nearby larger settlements of Eastbourne and Brighton, as well as for London.

The traditional Sussex pronunciation of the name has a full vowel in each syllable: /ˈsiːfɔːrd/ “sea-ford”. However, outside Sussex, and increasingly within, it is commonly pronounced with a reduced vowel on the second syllable: /ˈsiːfərd/ SEE-fərd. 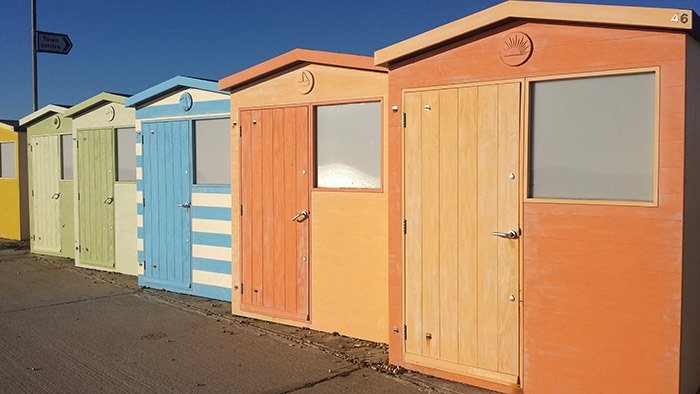 
In 1620 and 1624, the sheriff and jurat of Seaford was William Levett, of an Anglo-Norman family long seated in Sussex. William Levett of Seaford owned the Bunces and Stonehouse manors in Warbleton, probably inheriting them from his father John Levett, who died in 1607. Levett sold the estates in 1628 and died in 1635, his will being filed in Hastings.

The Levett family intermarried with other Sussex families, including the Gildredges, the Eversfields, the Popes, the Ashburnhams, the Adamses, and the Chaloners. A seal with his arms belonging to John de Livet, Lord of Firle, was found at Eastbourne in 1851.